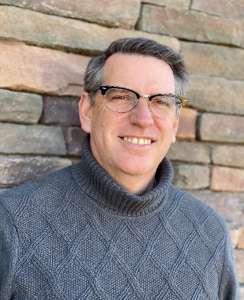 Roger Butts was ordained at the Quad Cities UU Congregation in Davenport, Iowa, 18 years ago. It was his first call. He has worked in two UU congregations, a Unity spiritual center (6 years as associate minister), and a Catholic hospital system (7 years as staff chaplain). He has just published his first book, Seeds of Devotion (GraceLight Press, 2021). And he is on work on a second book, with a number of co-writers, on Praying the Poets. His wife, Marta Fioriti, is the pastor at Black Forest Community Church, United Church of Christ. He is convinced that humor and grace will save us all! 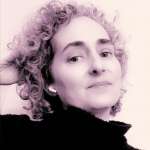 Beth Elliot is pursuing her Masters of Divinity at Iliff School of Theology. She has a B.S. in Intercultural Communication and did her previous Masters work in Interpersonal Communication. Beth was a corporate CEO in New York City, and has taught in New Mexico, Wyoming, & Arizona. Beth worked internationally as a Peaceful Parenting Advocate and is one of the founding members of a non-profit called ABQ FaithWorks Collaborative. Within Unitarian Universalist churches, she has served as Membership Director, Justice Coordinator, and Director of Congregational Life. She is also an End of Life Doula. On a more personal note, Beth has been involved in theater her entire life and occasionally you can still catch her tap dancing and being overdramatic. She swears like a sailor in multiple languages because she has lived in Italy, the UK, and France. She reads incessantly, but her favorite thing on earth is spending time with the extraordinary people who are her chosen family.

All Souls is engaged in the search for a new settled minister for our Congregation. The UUA-designed and led search process takes place over the second year of our interim ministry. You can read more about the search process, the Search Committee members, and find info about upcoming opportunities to provide input to the Committee on this page. 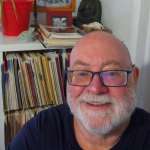 Jay has lived in Pueblo for nearly two years after growing up in Dayton, OH (where his family belonged to a Unitarian church and he was a member of LRY) and spent nearly all of his adult life in Northeast Wisconsin. He earned a Bachelor of Music degree in 1979, Music Certification in Choral and General Music in 1998, and a Masters of Science in Curriculum and Instruction in 2007, all while attending the University of Wisconsin-Oshkosh. So, suffice to say, he is a musician and a teacher.

He taught choir and/or general music at the elementary and middle school levels for 15 years and was choral director at a 2-year UW campus for five. He was music director for the Oneida Nation summer music camp for three seasons and provided piano and voice lessons there as well. Jay has maintained a private music studio for over 20 years and  was the Music Director at the Fox Valley UU Fellowship in Appleton, WI for 9 wonderful years.

He is looking forward to creating music and memories at All Souls! 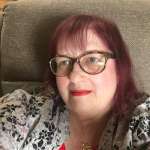 Judie McMath has had a varied career, from being a secretary-receptionist at a Christian school to being a paraprofessional counselor and working with child welfare to working in a call center doing customer service. She was on the board at All Souls for four years and serves now as the Welcome Team Coordinator, in addition to currently filling the role of Office Admin. 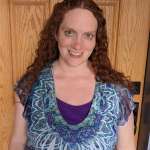 Molly moved to Colorado Springs 3 years ago, with her husband and their twin daughters. Prior to moving to the Springs, she lived in the Omaha, NE area for 11 years, where she was an active member of First Unitarian Church of Omaha.

Molly has taught at various colleges, including Pike’s Peak Community College, as an adjunct philosophy instructor. Molly also has experience working in early childhood education.  Molly earned her B.A. in Philosophy with a minor in Religious Studies from Western Illinois University. She also has an M.A. in Philosophy from the University of Illinois in Champaign-Urbana.

Molly is ready to start a new and exciting journey at All Souls! 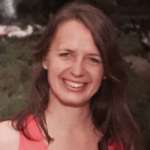 Birgitta Day was born in Transylvania, lived in Germany, married in Dallas, Texas, and lives now with her family in Colorado Springs. She teaches languages at high school and college and enjoys communication, nature and the arts. Her son, her husband and she spent wonderful years at the First Unitarian Church in Dallas, Texas. Now she is looking forward to teaching RE to youth at All Souls and to being part of this beautiful church community – together with her family. 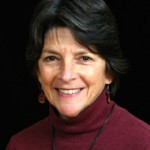 The Rev. Dr. Ellen Johnson-Fay was called to be the Senior Minister at All Souls in 1999. She retired in July of 2006 after more than forty years of service in the areas of religious education and parish ministry. At her retirement, All Souls voted to confer upon Ellen the title of “Minister Emerita,” a first for All Souls in its history, which spans more than a century!

Ellen and her husband, Barry, have remained in Colorado Springs, and are involved with various groups both locally and nationally. Ellen continues to be a member of several Unitarian Universalist Association boards and commissions.